The Path to Greatness

Context consists of a set of narratives superimposed on one another. The representation of this superposition in different frames of reference, minds, is what is known as identity.

Thus, we arrive at a definition of identity very much similar to the quantum mechanical definition of a particle: Identity is a superposition of various narratives which take the form of a Gaussian function, a bell shape function peaked around a central…

One Light of Being™

Invocation:  Dear Holy Spirit, you are my Guide and Comforter when I am lost and in need of peace.  In Your Light, my mind is illuminated and I see how cluttered it is with conflicting thoughts, desires and wishes.  You help me sort out the conflicting ideas and exchange them for peaceful ones.   With Your Vision, I am able to see my Self clearly, unburdened by guilt and concentrated on a single purpose.  Performing the one function You ask of me, peace is a natural result.  Let me continue to light up all dark corners in the attic of my mind, that not one single conflicting purpose remain there, which would lead to feelings of conflict.  If I keep but this One Purpose, Peace will be my companion all the days of my life and I will know that I dwell in the House of the Lord forever.  Amen.

“Treat every moment as your last.

It is not preparation for something else.”

“1. Accept everything just the way it is.

2. Do not seek pleasure for its own sake.

3. Do not, under any circumstances, depend on a partial feeling.

4. Think lightly of yourself and deeply of the world.

5. Be detached from desire your whole life long.

6. Do not regret what you have done.

8. Never let yourself be saddened by a separation.

9. Resentment and complaint are appropriate neither for oneself nor others.

10. Do not let yourself be guided by the feeling of lust or love.

11. In all things have no preferences.

12. Be indifferent to where you live.

13. Do not pursue the taste of good food.

14. Do not hold on to possessions you no longer need.

15. Do not act following customary beliefs.

16. Do not collect weapons or practice with weapons beyond what is useful.

18. Do not seek to possess either goods or fiefs for your old age.

19. Respect Buddha and the gods without counting on their help.

20. You may abandon your own body but you must preserve your honour. 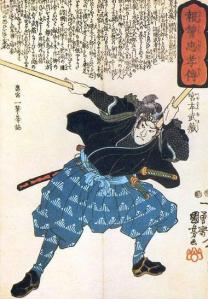 “… The concept of non-duality refers to the total elimination of the ego which would leave room for unconditional love, complete fusion with everything (or nothing, according to traditions). The ego is what would drive people to mask the self through identification with the body, personal history. In contrast,the soul is the energy of infinite love present in every man that allows him to live his divinity and awareness invisible and abstract dimensions of the world. It is in this opposition ego / soul duality resides. Transcend this duality provides access to happiness and unconditional self love…”

You have to leave this house – Ramakant Maharaj

From Doer to Pure Being – David Hoffmeister

All Will Arrive – Jed McKenna